This week's challenge over at TMITA/PCC is brought to us by Olga Jewell. She wanted us to use a Paper Cupcake's image and showcase it on a box or container. I made this cute little birthday box that you could tuck some special candy treats in that I think could be used for a treat box for school or for a special party. The image I used was called "Birthday Cupcake" and I colored it with my Bic-Mark-its. I added some cat's eye ink on the edges of my card stock box and then I also used some rub-ons for the word "celebrate". I stamped my big candle which is a stamp by Hero Arts, but I only used one candle of the five that are actually on the stamp. I added some Stickles to my image's hat and some to the candle's flame and a few stars, as well as the top scallop on my box. I placed my image on pop-up dots. Added some red fiber and thought it looked completed. I also added a big red flower on the other side of the box, but failed to take a picture of it, but it is centered on that side. 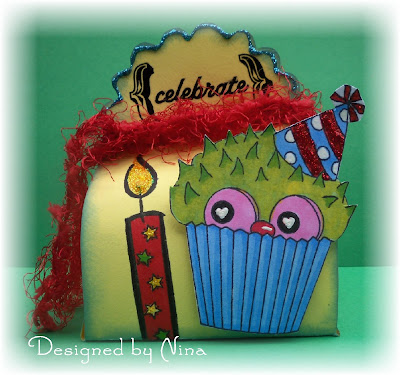 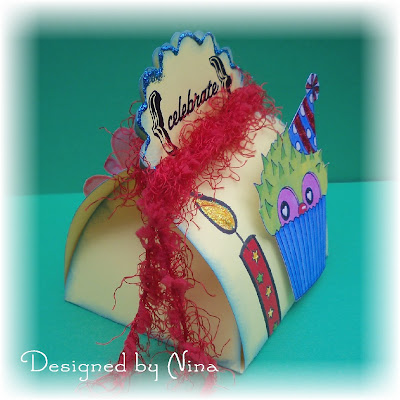 This is my youngest son who is six, who so wanted to make a special box too. So, we kind of created together which was fun, because I wasn't doing it late at night which seems to been the case so much lately. 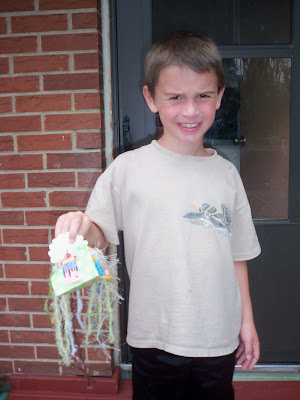 He too used a Paper Cupcake image which was "Teddy Bear Sunday" and colored it with Bic Mark-its as well. I think he is quite creative! 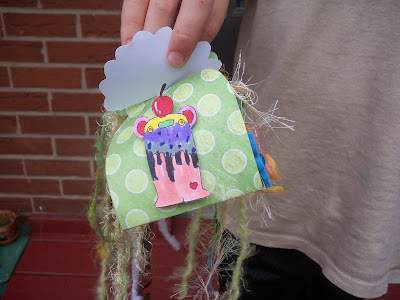 He added 3 felt flowers on the one side and punched some holes and added a variety of fibers for extra fun. 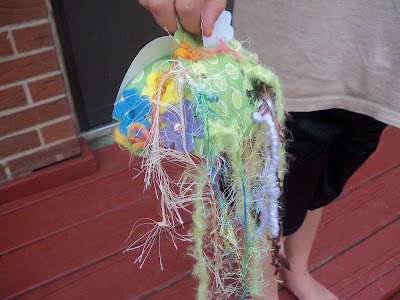 He added on big pink paper punched flower on the other side as well and some more fibers through some more punched holes. Didn't he do an awesome job?! It is so festive! 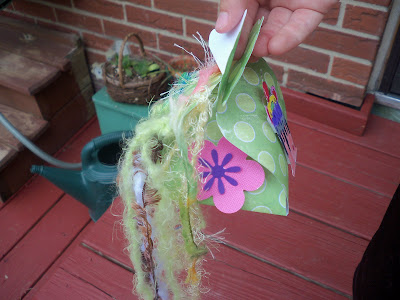 It was quite the creative Sunday afternoon over here while my dear husband stained the barn in the humid hot part of day... yeah I would rather be creating! :O)

You can find the template for this cute little box here at my friend's Helen's blog. I actually made my box bigger. I brought it up on my computer just to view it and them made it bigger to fit a 12x12 and I actually traced it onto paper from my computer screen and then move the image down to be able to copy the whole image. Our boxes stand about 4 inches tall and about 3 1/4 inches across when folded up into the box.

So, have a great week and can't wait to see what all of you come up with!