Magical Monday and then some...

This week over at the Paper Cupcake Challenge Blog the challenge is brought to us by Molly Ritterbeck. She wanted us to use embossing on our project. Also, they are giving away a freebie this which is a lovely image "Peony in Bottle". The card I made to fit the challenge was this side step card. I actually cut my image out and set it up on pop-up dots on top of the embossed die cut piece. I used several Paper Cupcake images on this one card and they are as follows: Double Fudge Cupcake, Flower Cupcake with Ladybug, Double Heart Cupcake and Tea Cup with Daisies. I colored all the image with my colored pencils. I still am going to add some stickles, but just ran out of time to do it so I just took the pictures. My sentiment was computer generated. I really loved how this card turned out. 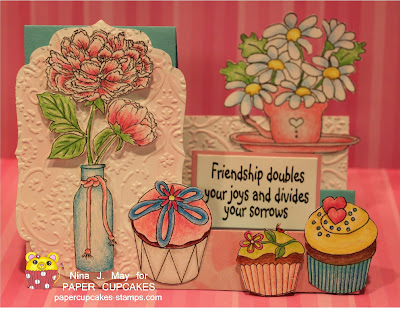 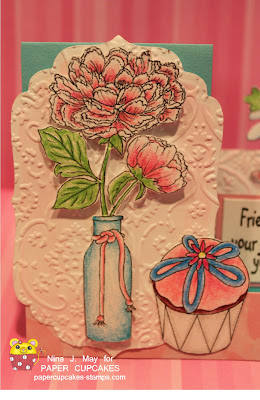 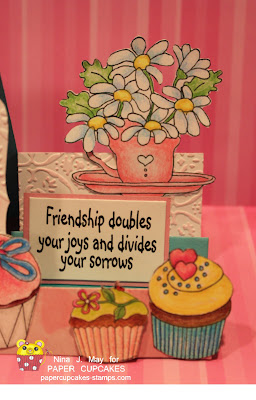 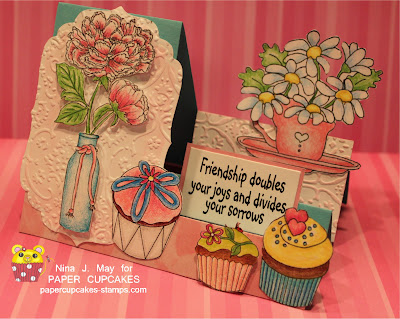 This is a card I made my sister for Mother's Day. I held it back because this image wasn't showcasing until this week. I colored this image with my colored pencils as well. 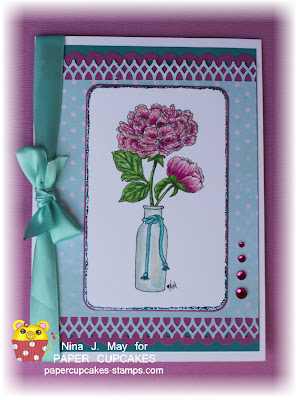 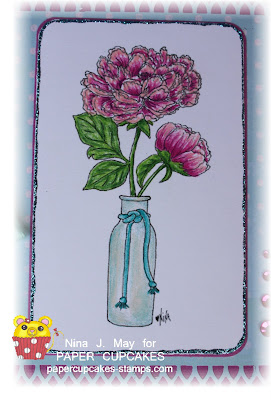 Well, the big middle school play was this week and the production was the Wizard of Oz. Morgan my daughter received the leading role of Dorothy and she did an awesome job and I was a beaming proud parent. All the children did a wonderful job and they put a lot of hard work into it and it certainly paid off. Here are a few of the mega amounts of pictures I took during the production. 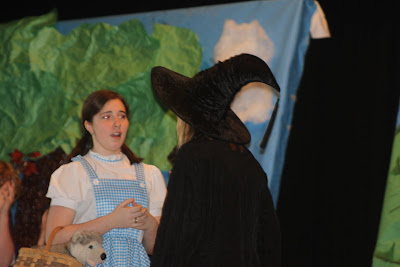 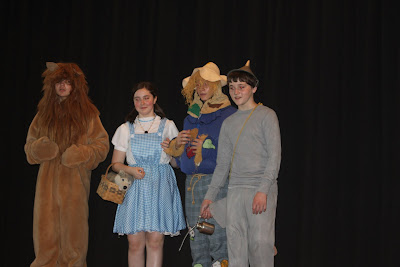 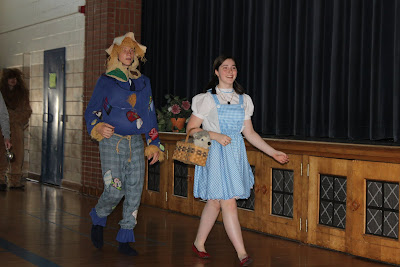 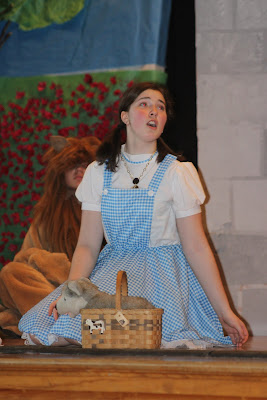 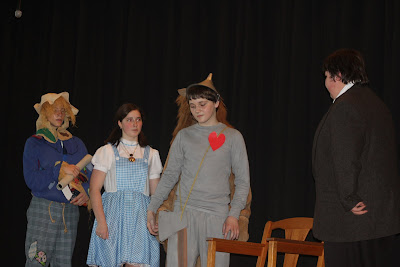 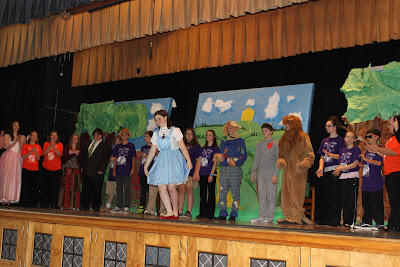 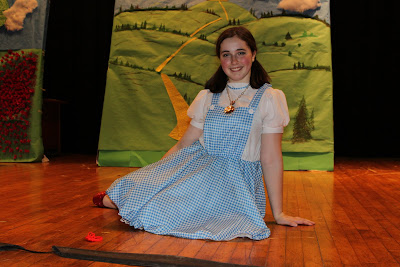 Isn't this just the most beautiful/vibrant flower?! I bought this in a planted pot. I have know idea what kind of plant this is, because it was not labled, but is did state it was full sun so I bought it because the color was so awesome. The blooms are about an inch/inch and a half. Just thought I would share it with you. 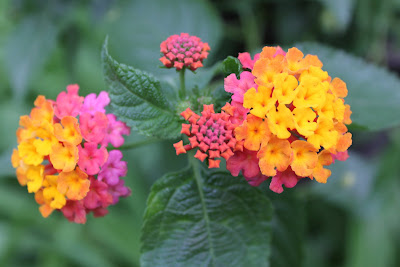 This is Storm our cat and we ended our weekend thinking he got out of the house. It was rainy and cold so I thought is was hiding somewhere outside keeping dry and warm. Storm is strickly a house cat and if outside he is on a harness and lease. When we got home from church we couldn't find him anywhere and thought our oldest son accidently let him out. So, I walked the neighborhood in the rain and looked for him for quite some time, but never could find him. We leave for church early and he was there that morning. The good news is we found him and I was so relieved, but you will never believe where we found him! He somehow got closed in Avery's dresser drawer. I got some pants out for Avery to wear to church, but I am certain he was not in the drawer, after all it is not like Storm is small. But there he was closed inside the drawer. He had to be in there for over 7 hours, because we were gone for 2 1/2 and then didn't find him for another 4 after we got home from church. I just about died when Eric called me on my cell phone while I was out looking for him and told me where he found him. I am surprised he didn't meow when we were calling him in the house, but very grateful he was safe, warm and at home the whole time! Silly cat! 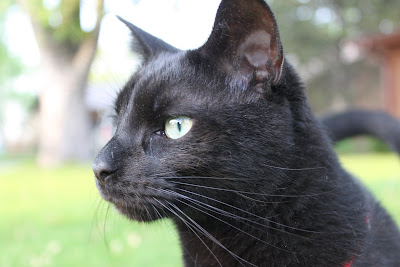 Well, that's it for me today. The next few weeks are going to be quite busy. 3 more weeks of school and 2 more for Morgan. She will go on her 8th grade trip to St. Louis during the third week and I am going along with her. I am looking forward to it as well. I also have another faux finish job to do before that gets here. Rainy and cold here right now. Went from 80 back into the 40's with rain. Blah!! Well, have an awesome week I know I will.

Nina, I was blown away when I saw your card this morning....just stunning! Love all of the images you've used in this. And the depth of color on your Mother's Day card is gorgeous, wish I could do that.
Sounds like a fun and busy three weeks ahead, I love the pics of your daughter, The Wizard of Oz has always been one of my favs.