This week over at the Paper Cupcake's Challenge Blog the challenge is brought to us by Suzi McKenzie. This week Suzi McKenzie brings us our challenge. She would love for all of us to make any kind of easel card, i.e. single easel, double easel, twisted easel

Below are some links to some of the other type easel cards if you want to try one that you have never attempted. I have only done an regular easel card, so it's exciting to have these links to the other easel cards I have always admire!

Well, since I made my card a little late I went with the regular easel card, but be assured I will be doing some of the others really soon!!

I used the "Sentiment Cupcake" image that I had already colored up by Paper Cupcakes and to be honest I made the card and traded out the image at the last minute, otherwise I would have used a little be different paper, but this ended up OK, but I think I would have liked it with some other paper. I colored my image with Bic Mark-its and used scrap paper. It really was a pretty quick and easy card. 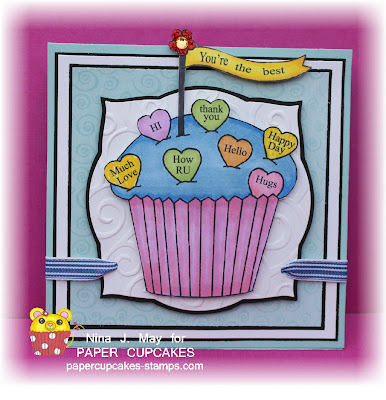 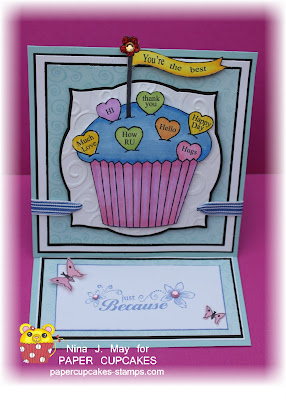 Well, Eric and Avery are out making a bon fire so I am heading out to join them!! HAVE A GREAT WEEK!